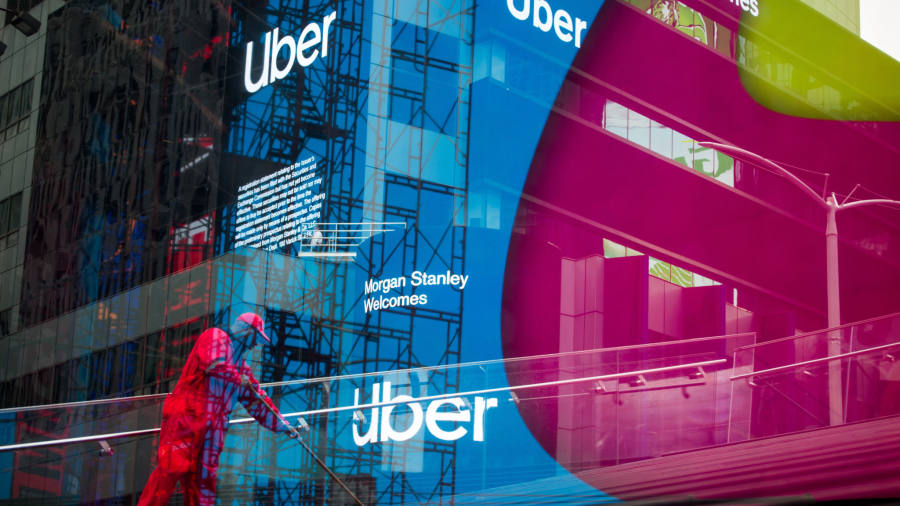 Last week, Uber told investors that it hopes to raise $9.5 to $10bn in its upcoming initial public offering at a price that could value the ride-hailing company at more than $90bn.

The 431-page updated prospectus was filled with lawyerly phrases and volumes of information on potential risks, but it left many serious professional investors wondering why a company that loses $3bn annually would be worth that much. The information that financial analysts would need simply wasn’t in there.

A solicitation for so much money with so little information is an outrage, and a sign that something of central importance has gone wrong in US public markets in recent years.

It wasn’t always like this. The prospectus for Microsoft’s landmark 1986 IPO was 52 pages and provided plenty of clarity about Microsoft’s business and how to value it.

Compare Uber’s IPO to Microsoft’s and it’s easy to see why fast-growing, innovative companies and their big-money backers prefer to find each other in private deals rather than on stock exchanges.

Despite voluminous “disclosure”, today’s public investor often receives much less concrete information than their private counterparts. Obsolete information systems and regulations have become an obstacle to the very transparency they were designed decades ago to enforce.

Here’s a small example: the US government categorises Uber as a “Prepackaged Software” company, just like Microsoft. Yet Uber’s arch-rival in app-based transport, Lyft, is considered a provider of “Business Services, not elsewhere classified”.

That means the government’s classification system thinks Uber competes with Microsoft, but not Lyft, and none of them are considered “transportation”.

That’s unhelpful. But investors are smart and may not care if Uber sells software or services or comic books if the financials make sense.

And here we hit a wall. When historical financial statements don’t show a path to profitability — as Uber’s absolutely don’t — investors need either reasonable projections of future profitability, or detailed historical operating metrics so they can make their own forecasts.

Private investors demand and get these numbers from the companies they invest in, but when it comes to the public the answer is: “Sorry. Disclosure regulations and practices won’t have it”.

Analysts would like to do what we do at my company Triton, which seeks to understand companies by identifying their key metrics and using them to build models to forecast their futures. Predicting Uber’s future revenue and profits is far from rocket science with the right metrics, but let’s have a look.

Uber’s ride-sharing marketplace matches passengers to drivers by the millions. How many drivers have there been over time? Undisclosed.

Uber operates a large meal-delivery business in addition to ride-sharing. What was the breakdown between passenger rides and restaurant deliveries? Undisclosed.

What’s maddening is that we see evidence of relevant metrics embedded like shrapnel throughout the voluminous prose of Uber’s filing. It provides the number of drivers for only one period, the number of markets served for another, hints of ride-sharing trip values for others, but the data are not complete or comparable. It is not possible for potential investors to see trends over time and model them, as all of Uber’s existing big investors would surely have done.

So why is this a problem for Uber now when it wasn’t for Microsoft?

Both companies were 10 years old when they sought an IPO, with similar growth rates (revenues were rising 40 per cent year on year).

However, Microsoft provided 4.5 years of financials in its prospectus showing healthy profits in every year, and a growing operating margin that had expanded to 33 per cent. By contrast Uber lost $3bn in 2018 and its losses appear to be growing.

You didn’t need a model to see Microsoft’s path to profitability. It had already arrived.

But now that tech companies like Uber seek to become huge before they (maybe) become profitable, IPO investors are in a bind. They have to rely on the prospectus to explain how the company is going to make money, and right now they are flying blind despite the many pages of platitudes and gobbledegook that Uber’s underwriters have provided.

Even by the woeful recent standard of high page-counts and numbing words-to-numbers ratios, Uber’s prospectus stands out. But hey, if you’re trying to raise billions for popular but profitless companies on the most favourable terms, maybe these information restrictions aren’t so terrible. “I’d love to share those numbers but, you know, regulations. What can you do?” say the company and its underwriters.

Don’t take this to mean that Uber’s proposition conclusively doesn’t make sense — smart investors who do have all the data have already put billions into the company. Then again, some of them are cashing out.

Public investors large and small would certainly benefit if they could get their simple and reasonable questions answered before handing over the better part of $10bn. Uber grandly claims “our mission is to ignite opportunity by setting the world in motion”.

The fuel to set capital in motion — in the right directions — is more and better information.

The writer is co-founder and chief executive of Triton Research, which provides data and analysis to technology investors