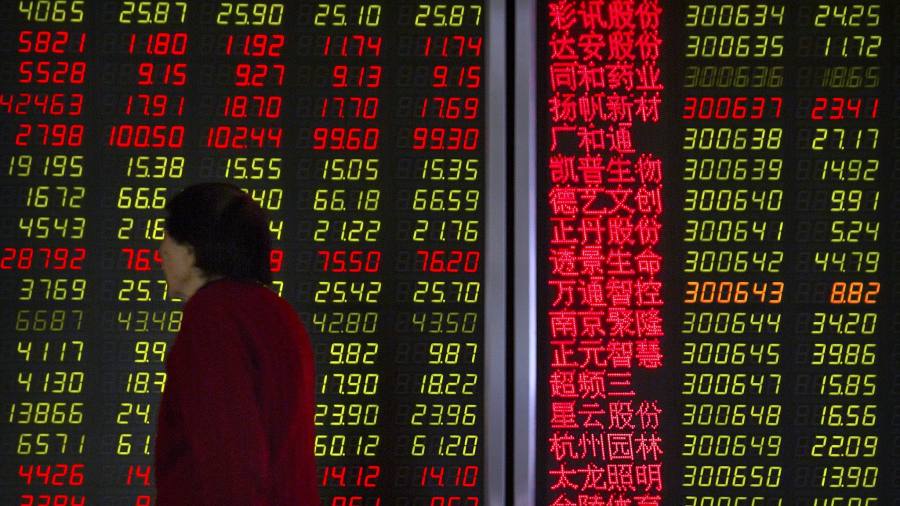 US billionaire Paul Tudor Jones’s hedge fund is among those to have been riding one of the trades of the year so far, with a bet on a resurgent Chinese stock market that is now the best performing in 2019.

Excessive pessimism over the outcome of the US-China trade dispute, and the health of the Chinese economy, meant Connecticut-based Tudor Investment Corporation saw an opportunity in a Chinese stock market that suffered steep declines last year, according to people familiar with the situation. Tudor declined to comment.

New York-based Key Square Capital Management, founded by Scott Bessent, the former chief investment officer of George Soros’s family office, has also positioned itself in recent months to benefit from a rebound in Chinese stocks, according to people familiar with the matter. Key Square declined to comment.

The trade received a boost on Monday when US president Donald Trump said Washington would delay an increase in tariffs on $200bn of Chinese goods following “substantial progress in our trade talks”.

The CSI 300 index of companies listed in Shanghai and Shenzhen, which fell 25 per cent last year, surged into bull market territory, gaining 5.9 per cent on Monday. Despite losing some ground on Tuesday, the index is still up 22.4 per cent for the year.

Key Square, which runs $5bn in assets, is up 8 per cent this year, with much of the gains coming from its bet on China, said a person familiar with the matter.

Debate has raged over the health of the world’s second-biggest economy, which has seen growth in the fourth quarter slow to its weakest pace since the financial crisis, although some indicators have been more positive.

“I’m optimistic China is going to do whatever it takes and they will support growth,” said Karen Ward, chief market strategist for Emea at JPMorgan Asset Management, although she added she was more pessimistic on the prospect of trade tensions being resolved this year.

The company’s multi-asset portfolios have been increasing exposure to emerging markets, including China, because of more dovish comments by the US Federal Reserve and stimulus in China, she said.

Those who remain concerned about China will point to the news this week that a Chinese state-owned enterprise had failed to repay a US dollar bond in Hong Kong, the first offshore default in 20 years.

However, bulls point to potential further stimulus by the Chinese government to prop up the economy. JPMorgan Asset Management’s Ms Ward believes Chinese state-owned banks could provide “quite a lot of leeway” in the event of higher defaults.

The trade comes amid a tricky time for hedge funds that bet on moves in global bond, currency and stock markets.

Having largely been positioned for a rising US dollar and higher US bond yields, which they expected to lead to more trading opportunities, traders were taken aback by the Fed’s U-turn last month when it put further interest rate rises on hold and said it would change its balance sheet policy if necessary.

Funds have still been finding trading opportunities in situations such as China and Brexit, although they say there are fewer high-conviction trades to latch on to than they might have hoped.