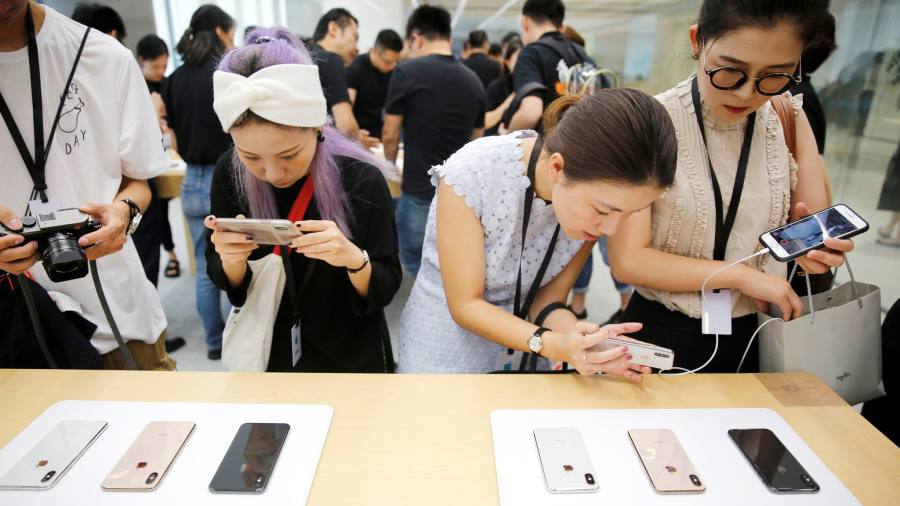 Apple has indicated that it is likely to return to revenue growth in the current quarter, pointing to a quicker rebound from the recent slump in iPhone sales than expected and sending its shares up by 5 per cent in after-market trading on Tuesday.

The company issued revenue guidance of $52.5 to $54.5bn for the quarter to the end of June, the third of its fiscal year. At the midpoint of the range that is $1.5bn above most analysts’ estimates and points to a slight increase from last year’s $53.3bn.

Speaking in an interview ahead of the company’s earnings call with analysts, Luca Maestri, chief financial officer, said the guidance reflected growing confidence about a recovery in iPhone sales after the company’s shock profit warning at the start of the year.

“We saw during the course of the quarter an improvement in our iPhone performance, particularly in the last few weeks,” he said. The recovery was particularly notable in China, he added, thanks to price cuts, the introduction of new instalment programmes for buyers, and actions by China’s government to stimulate consumer spending.

The forecast came as Apple registered a 5 per cent fall in revenue in the latest period to $58bn, at or slightly above most analysts’ expectations and matching the decline of the preceding three months. But its earnings per share of $2.46, though down 10 per cent from a year before, still came in 10 cents above Wall Street forecasts.

Revenues from the iPhone tumbled by 17 per cent, to $31.1bn. By contrast, revenue from services climbed by 16 per cent, to $11.5bn. While accounting for only 20 per cent of sales, services brought in a third of Apple’s gross profits, Mr Maestri said.