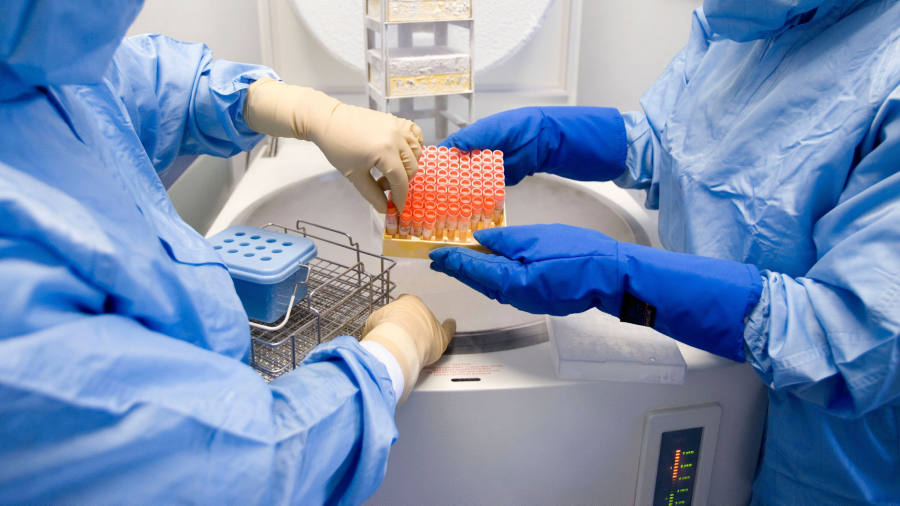 Two executives of Samsung’s biopharmaceutical unit have been arrested on suspicion of destroying evidence to cover up an alleged Won4.5tn ($3.9bn) accounting fraud, renewing questions about governance at South Korea’s biggest conglomerate.

The Seoul Central District Prosecutors’ Office on Monday arrested an executive and another employee at Samsung Bioepis, the biosimilar unit of Samsung Group, for falsifying and destroying evidence and violating the country’s audit law.

A judge at the court said they had to be arrested for their “suspected crimes and concerns of destroying evidence”.

The duo are the first Samsung employees to be arrested after prosecutors launched a probe into the case late last year. The country’s financial watchdog had already ruled that Samsung Biologics violated accounting rules by intentionally inflating the value of affiliate Samsung Bioepis.

The investigation has cast doubt over the long-term growth strategy of Samsung as the group is struggling to find new growth drivers beyond semiconductors and smartphones. Samsung has been trying to expand into biopharmaceuticals and healthcare in recent years.

According to prosecutors, the two employees arrested are suspected of destroying key accounting records and internal documents ahead of the investigation by financial regulators and prosecutors. They are also accused of manipulating accounting data before submitting the data to regulators.

The two employees have admitted that they destroyed the evidence on their own but prosecutors are looking into whether there was an order from their superiors or whether the group’s now-disbanded strategic office orchestrated the process, according to state-run Yonhap News.

South Korea’s Securities and Futures Commission, the country’s market regulator, said in November that Samsung Biologics violated financial rules by changing the way it accounted for its 94.6 per cent stake in Samsung Bioepis, which is a joint venture with US drugmaker Biogen.

Samsung Biologics boosted the value of its stake in the joint venture by changing its accounting methods in 2015 to recognise Bioepis’s market value instead of book value, the commission said. As a result, the company’s valuation of Samsung Bioepis jumped 18 times to nearly $4.5bn.

Biosimilars are similar to biologic drugs that have already been approved for use, but are no longer under patent protection.

Samsung Biologics avoided delisting but its shares were temporarily suspended in November over the accounting fraud. Samsung Biologics said it followed international accounting standards and filed an administrative lawsuit against the regulator’s decision.

Officials at Samsung Biologics and Bioepis were not immediately available for comment on Monday.

Accusations of tampering evidence are likely to further dent the corporate image of Samsung after it grappled with allegations of corruption and union sabotage last year. The group’s billionaire heir, Lee Jae-yong, is serving a suspended sentence for bribery with a final appeal at South Korea’s supreme court expected in coming months.

Yonhap News said prosecutors were likely to look into any link between the accounting fraud and the group’s controversial merger of two group units in 2015, which was aimed at cementing Mr Lee’s control.