Tesla bond falls by most in 7 months on delivery miss 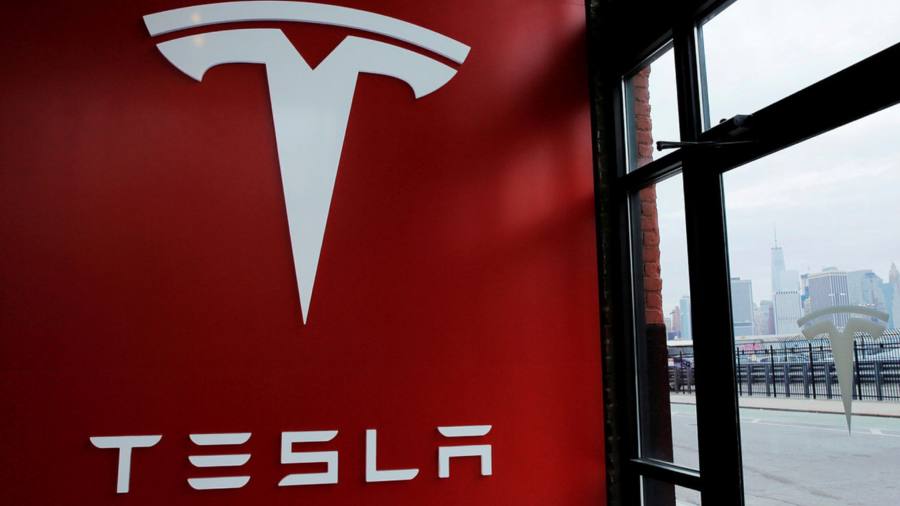 The price on Tesla’s $1.8bn junk bond fell by the most in seven months on Thursday as bond and stock holders were disappointed by news the electric car maker’s first quarter vehicle deliveries badly missed Wall Street estimates.

That accompanied a 7.5 per cent drop in Tesla shares to $269.81 — leaving it on track for its biggest drop in more than a month — but trimming declines of as much as 10.7 per cent.

The blow to Tesla’s shares and bonds came after the electric automaker late on Wednesday said deliveries of its vehicles fell by nearly 31 per cent in the first quarter, weaker than most analysts’ already pessimistic expectations.

Deliveries of its Model 3 mass market vehicle met most analysts’ expectations, however those of its Model S and X vehicles missed forecasts and the company attributed the shortfall to problems with its international distribution system, as it made deliveries of the Model 3 to Europe and China for the first time.

“This quarter was another stomach punch for the bulls as the overall delivery numbers cannot be sugar coated and were a minilogistics/overall debacle in our opinion,” said Dan Ives, an analyst at Wedbush.

He added that while many on Wall Street expected a soft quarter and believe the company will return to profitability in the second half, “2Q profitability at this point still a wild card depending on the demand/cost cutting trajectory at the company, last night’s news puts another near-term overhang over the name”.

But some of the concerns around Tesla this year stem from worries about demand for its vehicles as it has already met previously pent-up demand for the delayed Model 3. Though Tesla said on Wednesday new US orders for the Model 3 had “significantly outpaced what we were able to deliver” in the quarter, though it did not quantify domestic deliveries.

Tesla also said it “ended the quarter with sufficient cash on hand”, without providing further details.

Mr Ives however added that the chances of a capital raising in the $2bn to $3bn range now go from 30 to 35 per cent, to 50 to 55 per cent, “given the current cash situation and lower profitability going forward”.