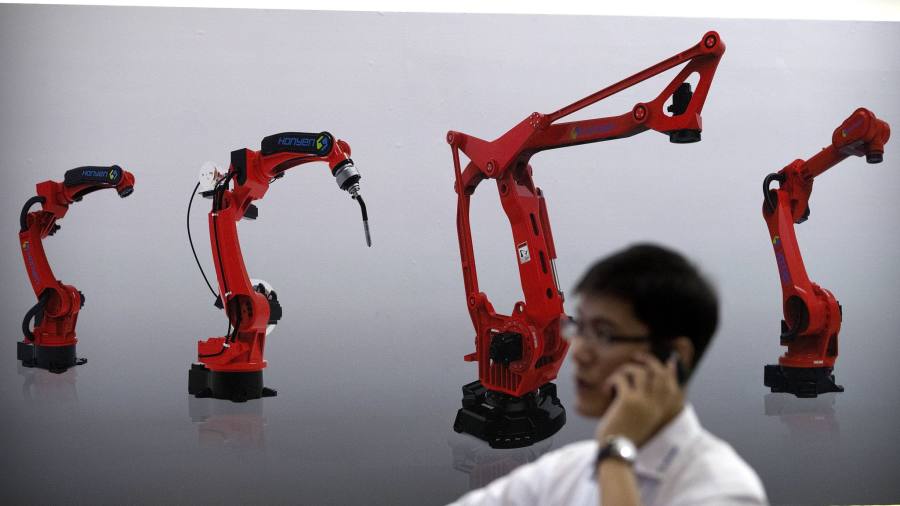 The number of European companies compelled to hand over valuable technologies in exchange for market access in China has doubled over the past two years, as Beijing and Washington clash over the contentious issue.

The latest business confidence survey by the European Chamber of Commerce, published on Monday, showed the problem has intensified even as negotiations between the US and China on the matter deepened earlier this year as part of a widening trade war between the two countries.

About 20 per cent of respondents to the survey said they felt compelled to hand over technology to Chinese business partners, up from 10 per cent two years ago. The survey comprised responses from 585 European businesses.

“While European businesses have heard that China’s door will continue to open wider and wider, they have also witnessed sustained support for state-owned enterprises, higher incidences of unfair technology transfers and the strengthening of the Communist Party’s role in business,” the report said.

Foreign businesses have complained for decades that they must divulge sensitive trade secrets in order to set up fully integrated businesses in China.

Often referred to as “forced technology transfers”, the practice has been at the core of the US trade dispute with China, which escalated this month as the US ramped up tariffs on $200bn of Chinese imports and China responded with similar measures on $60bn of US goods.

The Trump administration has also banned Chinese telecommunications equipment maker Huawei from the US market, saying the company poses a national security risk.

Ending what the US has called the theft of its companies’ intellectual property has become a key condition to winding down trade hostilities between the world’s two largest economies.

China has vowed to crack down on technology transfers but has also pushed back against the notion that such practices even exist. The People’s Daily newspaper, a mouthpiece for the Communist party, said in an editorial at the weekend that complaints of forced technology transfers were fabricated by the US.

Companies dealing in high-end technologies felt the greatest pressure, with about 30 per cent of respondents to the ECC survey in the chemicals and petroleum industry reporting they were pushed to disclose trade secrets. Some 28 per cent of medical devices companies and 27 per cent of pharmaceuticals said they faced similar pressure.

The report noted that technology transfers continued unabated even as the US and China moved into negotiations over the practice at the beginning of the year: “Worryingly, 63 per cent of respondents that have felt compelled to transfer technology said it happened within the last two years, and a quarter said the transfer was still taking place at the time of the survey period in January 2019.”

The survey also revealed that European companies found business conditions in China were deteriorating — 53 per cent of respondents said doing business in the country had become more difficult in the past year, compared with 48 per cent last year.

Economic slowdown in China, rather than the trade war, was cited as the top challenge for European business this year.

China’s economic growth is forecast to slow to a three-decade low this year, a trend that is expected to slow growth in average disposable incomes and the amount Chinese people spend on goods imported from Europe and the US.