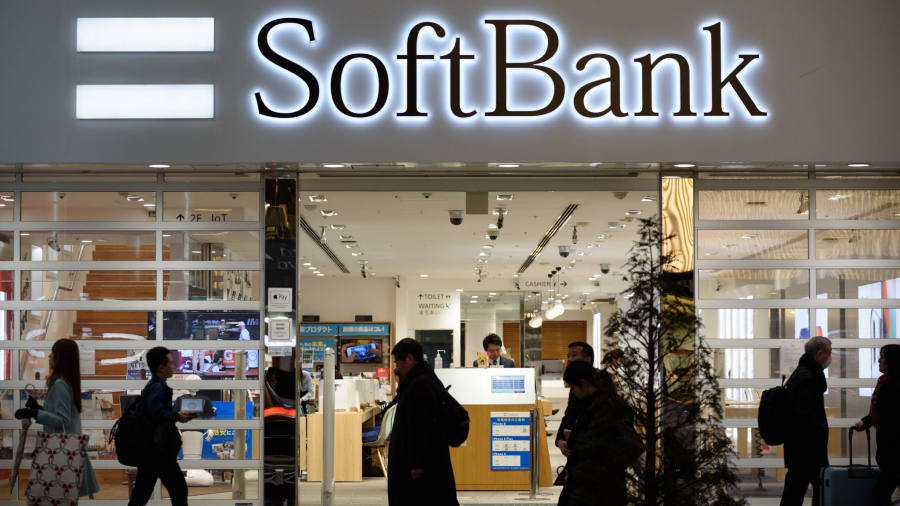 SoftBank’s Vision Fund plans to borrow $4bn against its stakes in Uber and two other Silicon Valley groups, as the investment arm of the Japanese conglomerate looks to hand back cash to investors in its $100bn fund.

The fund is in discussions with banks, including Goldman Sachs, to arrange a loan secured against its holdings in Uber, which listed this month, and Guardant Health as well as its stake in soon-to-be-floated Slack, according to people directly involved in the deal. If the value of those stakes falls beyond a certain threshold, the fund will be obliged to stump up more cash, the people said.

Since the inception of the Saudi Arabia and Abu Dhabi-backed fund in 2016, attention has focused on the dozens of investments made by SoftBank founder Masayoshi Son and the fund’s chief executive, Rajeev Misra, a former Deutsche Bank debt trader.

These deals have largely taken place in private markets, but the wave of technology stock market listings over the past few months has created the potential for the Vision Fund to cash out from some of its investments.

By borrowing against the value of publicly traded shares, SoftBank can return capital to its investors in the fund while bypassing “lock-up” periods that prevent shareholders from selling stakes in newly-listed businesses.

SoftBank’s Vision Fund is the largest shareholder in Uber, which went public earlier in May, in the largest initial public offering in the US technology sector since the flotation of China’s Alibaba. SoftBank sold a small portion of its position in the listing, but still owns a 13 per cent stake in the ride-hailing company.

Uber listed at an equity valuation of around $82bn. The stock has since slumped more than 10 per cent, although this still represents a gain for SoftBank on its late 2017 investment in the ride-hailing company.

Guardant Health, a blood-testing company in which the fund owned a 30 per cent stake at the end of the first quarter, went public in October last year. It presently has a market capitalisation of about $7bn. SoftBank’s stake in Slack was recently valued at around $950m in a private transaction. The workplace messaging company plans to pursue a direct listing next month.

The combined value of the stakes should cover the loan more than three times over, according to one of the people involved in the deal. Margin loans in the US are required to have coverage of at least two times.

A person close to the deal said that the margin loan features, whereby collateral had to be posted to the banks on a share price drop, would kick in after the final lock up period on the underlying shares expires.

Goldman is among the banks in talks to provide the loan, which carries an interest rate of 150 basis points over Libor, the person added. The loan will be formally signed once Slack completes its direct listing.

It is difficult to get a full picture of SoftBank’s sprawling liabilities, thanks to the financial engineering of Mr Misra and the debt-fuelled dealmaking of Mr Son. The overall group has ¥15.7tn ($143bn) of interest-bearing debt and ¥27tn of total liabilities, far greater than its ¥11.6tn market capitalisation.

SoftBank has raised a number of margin loans, or other forms of borrowing, against its holdings. Last year, for example, it took an $8bn loan against its stake in Chinese internet giant Alibaba.

SoftBank has favoured margin loans because even though banks can seize the underlying stock if it falls heavily, they cannot go after any of the borrower’s other assets. This means the loans are not factored into SoftBank’s credit ratings – a concern for the Japanese company, as it already carries junk ratings from Moody’s and S&P.

A lawyer said that margin loans have been a common feature of the recent rush of tech US listings, often as a way of early investors to cash out some money ahead of the expiry of lock-up periods.

“Shareholders are considering it more and more as either a way around lock-up, to put on more leverage or to maximise their proceeds,” a banker said.